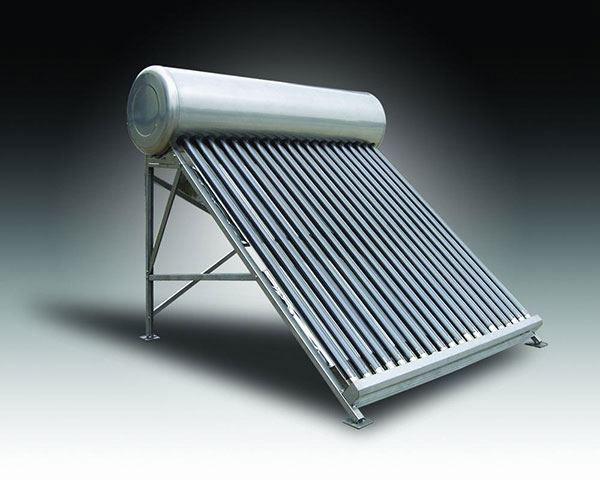 Solar water heating collectors capture and retain heat from the sun and transfer this heat to a liquid. Solar thermal heat is trapped using the “greenhouse effect,” in this case is the ability of a reflective surface to transmit short wave radiation and reflect long wave radiation. Heat and infrared radiation (IR) are produced when short wave radiation light hits a collector’s absorber, which is then trapped inside the collector. Fluid, usually water, in contact with the absorber collects the trapped heat to transfer it to storage.

The most basic approach to solar heating of water is to simply put a tank filled with water into the sun. The heat from the sun would heat the metal tank and the water inside. This was how the very first SWH systems worked more than a century ago. However, this setup would be inefficient because there is little to limit the heat loss from the tank. Adding an insulated box around the tank, and adding glass above the top where the sun comes in would do a lot to retain heat.

A more common collector is called a flat plate collector. It has a large, flat surface area (absorber) to maximize exposure to the sun, and has small tubes bonded to it. Fluid runs through the tubes, collecting the heat from the absorber. The sides and bottom of the collector are well-insulated, and glass on top completes the insulation.

Another popular type of collector is called evacuated tube, which has a long, skinny absorber that is inside a glass tube. The tube has the air evacuated out of it, which makes it highly insulated—not too different from a thermos used to keep drinks hot.

The final type of collector is a parabolic dish or tray, which increases heat potential by concentrating sunlight onto a small absorber. These are very rare in home water heating systems, and more commonly used in utility-scale systems to create steam which runs turbines to make electricity.

The basic components in home solar heating systems include -